If you had a case filed against you and didn’t succeed at trial, you still have the option to appeal the ruling and have the matter reviewed by a higher court. If you’d filed a case against another party and succeeded, there’s always the possibility that the other party might appeal the outcome and have the matter reviewed. In either instance, the appellate counsel of a professional appellate litigation attorney could prove very useful during an appellate petition for review in Los Angeles.

Just like you needed a specific lawyer to handle your case, you will also need one that specializes in appellate litigation. While trials depend on a lawyer’s oral skills, appeals rely on well-written pleadings, submitted to a state panel of appellate judges. As such, for your appeal to prevail, you need an attorney who not only has experience handling appeal cases but who also can provide a fresh and professional perspective.

Considering that California’s Supreme Court normally receives about 5,000 petitions for review every year, but only grants fewer than 200, you really should consider working with an appellate litigation law firm that has a proven track record when it comes to making the Court grant a petition. And that’s where Gusdorff Law comes into the picture.

Janet Gusdorff, a certified appellate legislation specialist and the founder of Gusdorff Law, has the experience, skills, and knowledge needed to help you file an appellate petition for review and ensure that the Supreme Court grants you a review.

For help filing an appellate petition for review in Los Angeles, CA, get in touch with Gusdorff Law today for professional legal counsel. Call 818-877-4515 now to schedule a meeting!

What Is an Appellate Petition for Review?

California’s Constitution doesn’t give litigants an automatic right to file appeals to the State’s Supreme Court – unless the appeal involves the death penalty. Instead, litigants looking to have an appellate court’s decision reviewed by the Supreme Court are required to file a petition for review with the Court within ten days of the Appeal Court’s ruling. The petition must include grounds and issues for review, and any support authorities and arguments.

The Supreme Court is the highest in California and reserves the right to choose which cases it’ll hear. As mentioned earlier, only about 3 percent of all cases filed in the state’s Supreme Court are reviewed as it generally only hears cases where the state’s Courts of Appeal have a different view about a specific law and cases which impact the entire state.

The California Supreme Court generally won’t consider issues that the petitioning litigant didn’t raise/address in the Court of Appeal.

What Are the Functions of an Appellate Petition for Review?

A petition for review is written to serve several functions, with the main ones being to:

The petition can request California’s Supreme Court to review a Court of Appeal’s decision in cases where:

The petition serves to establish limitations (as a matter of policy) on reviews that the Supreme Court will normally not consider such as: 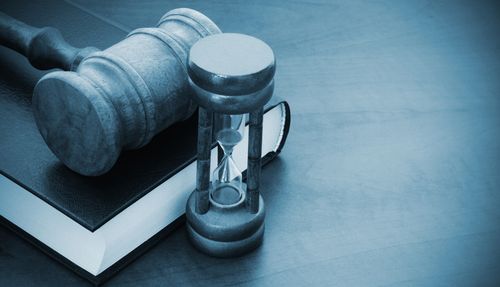 Why Should I Hire Janet Gusdorff to Write an Appellate Petition for Review?

Janet Gusdorff is highly qualified for today’s mega-lawsuits as she combines significant trial experience with appellate skill. As such, you can rest assured that by working with Gusdorff Law, you will be receiving professional and sound strategy, counsel, and analysis throughout the process.

Ms. Gusdorff is an expert when it comes to writing effective briefs and is quite capable when it comes to delivering compelling oral arguments. With over 16 years of experience as an appellate litigation attorney, Ms. Gusdorff has the experience needed to preserve issues for review during an appeal, lay a strong foundation for legal arguments, and predict likely appellate challenges during the trial.

All appellate cases Gusdorff Law takes on are handled by Ms. Gusdorff who drafts, develops, reviews and edits the different aspects of the brief. All the briefs and arguments Ms. Gusdorff writes aren’t only meticulously researched, correctly attuned, and logically developed for specific courts, but are also engaging and easy to read for busy Supreme Court Judges.

Once Ms. Gusdorff has identified a basis for your appeal and has come up with a strategy, the next step involves her prosecuting the appeal with the intelligent and aggressive advocacy her clients in Los Angeles have come to expect from her.

The rules that govern the preparation and filing of an appellate petition for review are quite complex and can be confusing. For improved chances of your appeal getting accepted for review, you need to consider consulting with a professional appellate litigation lawyer that understands how the Supreme Court and Courts of Appeal in California operate.

Ms. Gusdorff of Gusdorff Law is at home in appellate courts as she frequently represents individuals and corporations in major appellate matters, including writs, amicus briefs, and appeals. The Law Firm also offers consultancy services to litigants who need assistance dealing with complicated motions at the trial level and are already thinking of eventually filing an appeal.

For help filing a petition for review in Los Angeles, CA, get in touch with Gusdorff Law today! Call 818-877-4515 now to speak to professional appellate litigation attorney Janet Gusdorff.