If your trial was unsuccessful, appealing could provide you with some relief. And if your trial succeeded, the other side may likely challenge the outcome. No matter the case, you will need appellate lawyer either way.

Appealing a civil case is often a time-sensitive and complex process. In many cases, the stakes are high, with things a large verdict being on the line. In short, if a case is worth appealing, then it’s worth hiring the right Long Beach appellate litigation attorney. This should ideally be someone who can maximize your chances of success.

Gusdorff Law provides appellate services in Long Beach and all around California. Get in touch with us today to talk to an experienced lawyer today.

What Is Appellate Law?

Appellate law is a court process that occurs in higher levels beyond the trial court. The process of asking the higher courts to evaluate and review all or parts of the decisions made by a lower court is referred to as an appeal. The attorneys who handle these kinds of cases are known as appellate lawyers. Appellate law happens both at the state and the federal level, as well as in criminal and civil law.

When the trial court renders an unfavorable ruling, the appellate court could review the substantive or procedural issues of the law that one side thinks may have produced a different outcome if they were considered. The appellate court does this by reading the record of the lower court, including the full transcript of the hearing, the motions, evidence exhibits, orders, and other relevant documents to the case.

How Is an Appellate Lawyer Different From a Trial Lawyer?

Trial lawyers usually handle all matters that happen at the first level of the judicial system. They are the ones you work with when facing a criminal or civil matter. A trial lawyer does the initial investigation and manages all of the pre-trial matters, including the discovery process as well as the court hearing prior to the case. Trial lawyers also negotiate with the defendant to try to reach a settlement, or otherwise take your case to trial. Once the court reaches a final judgement, the work of a trial attorney ends.

The main purpose of an appeal is to present evidence supporting the fact that an error occurred during the original trial or in a significant fact that fundamentally changed the outcome of the case. Your appellate lawyer will assess the trial transcript, including evidence, pre-trial motions, witness testimony, and the judicial rulings to establish where mistakes were made.

Generally speaking, as a party involved in a civil matter – including a product liability lawsuit, a premises liability case or a personal injury lawsuit – you can appeal any final verdict or judgment. However, for you to appeal, you must submit your appeal within the set time limits, and there must be some legal ground for filing your appeal.

Legal grounds for filing an appeal in California are errors of law or procedure that occurred at the trial level. For example, the judge may have made an incorrect ruling on an objection or motion, which allowed biased testimony to be heard by the jury.

The appellate process is demanding, complex, and strict time limits apply. The appellate process requires some of the most sophisticated legal reasoning performed by a lawyer. As experienced appellate firm, Gusdorff Law is prepared to analyze your case, assemble all required documents, and help with all aspects of your appeal including:

A writ of petition is a formal order usually issued by the court of appeals, ideally ordering a lower court or an administrative body to either cease doing something or do something. It’s quite similar to an appeal but it usually argues on issues that cannot be argued in direct appeals. All in all, writs are a powerful tool that can be used to have the court order a new trial, further proceedings in a lower court, immediate release of a defendant, among other outcomes.

Appeals don’t entirely take place on paper. Your lawyer might be allowed to orally defend your case in court, and ideally present your position and best interest to the higher court. The hearings are typically short, which is why you should avoid reiterating facts that were already stated in the briefs. Your lawyer should instead spend more time explaining the most important parts of the brief and responding to any questions that may arise. 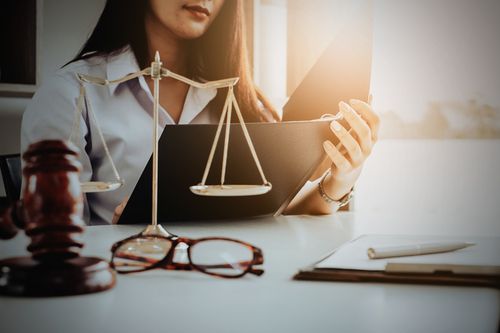 When the appellate court makes an announcement, you and your lawyer could submit a request to a higher court for the case to be reviewed. The motion has to be acted upon soon after the decision made by the appeals court. You don’t need to get a petition for rehearing in order to submit a petition for review. However, it will be needed when you want to challenge the declaration of the appellate court and any issues in the appeal.

A motion is an application made to the court requesting that the court make a decision on a certain issue. Some pre-trial motions include:

There are several post-trial motions that can be filed when the case is over, including a motion for a new trial or a motion to set aside a verdict.

The mediation process at the court of appeals is a confidential and informal process where the parties appealing work with an impartial mediator, who is selected and trained by the court, to help in reaching an amicable resolution.

Opposition to Motions for Summary Judgement

Gusdorf Law offers representation on different civil appeals throughout California, including in Long Beach. Some of the appellate cases we handle include:

Personal injury cases that aren’t successfully negotiated before going to trial usually proceed to the state trial courts, where a jury verdict on the plaintiff determines the amount of compensation they receive for the injuries caused by the defendant. If your personal injury case was unsuccessful or you weren’t satisfied by the verdict, you can appeal the jury’s or court’s decision.

If you had a product liability case handled in a state court, and you weren’t successful in obtaining compensation for your damages, you have the option to appeal to the Supreme Court or the Court of Appeals. If the case was handled in a federal district court, you should apply to the appropriate circuit court.

In many cases, premises liability cases focus on establishing when property owners and tenants are responsible for the injuries suffered in a property. Unfortunately, some premises liability cases are unsuccessful, even when the facts are seemingly in your support. Fortunately, you can appeal the court or jury’s decision by filing an appeal in a higher court with the help of an appellate lawyer.

Wether you want to appeal or the defendant is appealing against you, we can help. At Gusdorff Law, we specifically handle appeal cases, and can consult with you about your case for free. Note that appeals are very time-sensitive, and you should consult with a lawyer as soon as possible after the trial court judgement is made.

Also note that if the decision from the appellate court is still not favorable, you have the option to appeal it to the California Supreme Court. Whatever the case, we can help. Talk to us today at 818-877-4515 to learn more about your legal options from a local Long Beach appellate litigation attorney.