Statistically speaking, most personal injury cases are settled out of court. However, your case might be one of the few that made it all the way to trial. It could be that your lawyer and the defense were unable to reach a unanimous decision, causing your case to go to trial.

If you’re unhappy with the decision the jury or the judge made, you can speak to a Long Beach personal injury appellate lawyer. You still have the option of seeking an appeal if you were unhappy with the court’s decision. An appeal is simply the process that lets you ask the court to overturn the decision of the jury. The appeal is done in a higher court than the original court.

Keep in mind that either side has the opportunity to question and appeal the court’s verdict. Under the appellate system, the case will be looked at again by a higher court to establish if the final decision requires revision or if the entire case should be redone. You need a capable law firm to handle the complex proceedings.

Janet Gusdorff of Gusdorff Law specializes in appellate litigation in Long Beach and throughout California. Call 818-877-4515 today to schedule your free case review and consultation.

Can I Appeal a Verdict in My Personal Injury Case?

In California, both parties can file an appeal when the case comes to an end. Many people assume that the plaintiff can’t appeal because the prosecution can’t appeal in a criminal case. However, this is just not the case for personal injury claims.

In addition, an appeal can be made by either party, even when they “technically” won the case. For instance, the plaintiff could file an appeal if the jury or judge ruled in their favor, but don’t think that the compensation award was enough. However, there are some specific conditions that need to be met before the appeal is approved.

For instance, there must be a reversible error in the California law that forms the basis of the appeal. It’s not enough to be unhappy with the court’s ruling. You will also be required to highlight some errors or misinterpretation of the law that adversely affected the outcome of your case.

The higher court will then evaluate your grounds for the appeal, essentially examining any alleged errors or misconduct that might have had an effect on the outcome of the case. The appellate court will be looking for any evidence to support the assertion that there was a misinterpretation or a misapplication of the law.

What Are Some of the Reasons That I Could File an Appeal?

California law outlines a few reasons for filing an appeal. To the surprise of many people, simply disagreeing with the case outcome isn’t a valid reason to appeal it. You need to have some form of clerical issue or a clear flaw with the trial or case processes.

Here are the 5 typical grounds for appealing a personal injury claim:

The mistakes in the first three items on the list are usually not enough to validate an appeal. There has to be something that happens because the error compromised the integrity of the entire case, which more than likely affected the outcome of the case. For example, in cases where the error was in the interpretation of the law, and the mistake didn’t affect the jury’s or judge’s decision, it wouldn’t be enough to appeal the case. 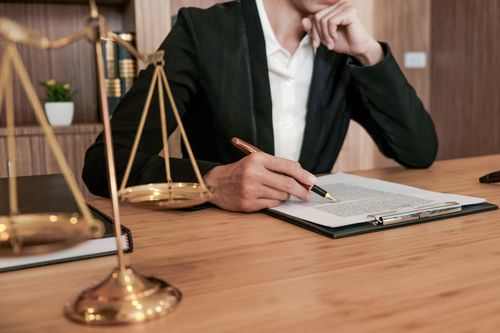 What Are the Grounds for Appeal?

As already mentioned, when filing an appeal, it’s not enough to say the jury’s verdict is incorrect. Instead, you need to provide a specific reason as to why. For example, you may claim that the jury or judge disregarded the jury instructions. You might argue that the court refused to let the jury consider some evidence that it should have been allowed to review. Maybe the court failed to give a critical expert witness a chance to testify on behalf of the plaintiff.

All in all, you won’t be forced to choose just one ground for appeal. You are allowed to list all of the ways the jury or the court erred during the court proceedings. This is often referred to as arguing in the alternative.

Why Should I Hire Gusdorff Law to File My Personal Injury Appeal?

The appellate process for personal injury cases is not easy. It can be quite stressful to find out that what you thought of as victory as the plaintiff is being appealed by the defendant. If the case was worth a huge amount, like a six-figure jury verdict following a car accident case, it’s almost guaranteed that the defendant’s insurance company will consider appealing it, even when they don’t have valid grounds for an appeal.

Whether you’re appealing as a plaintiff or fighting a defendant’s appeal, consider working with us in your personal injury appellate case. Our experienced team can help you evaluate your case and build realistic expectations. We use our expertise to assess the law and the facts surrounding your case and let you know whether your appeal is likely to be successful.

When pursuing an appeal, you want to make sure the right paperwork is prepared. It’s critical that you meet the deadlines and file the necessary paperwork in the correct courts. You also want to ensure that the supporting documents are ready. Having an experienced lawyer by your side can help you make the right decisions in your case, and pursue your best interests to the fullest extent of California law.

If you are not comfortable with the verdict of your personal injury case, and you feel that you had a strong case against the other party, talk to a personal injury appellate lawyer today about your options for appealing your case.

Gusdorff Law can help you with your appeal case. As a certified appellate law specialist, Janet Gusdorff can represent your best interests and give you the advantage in your case. Get in touch with us at 818-877-4515 or request a no-obligation consultation with us online.