If you believe that the judgment handed down in a civil case is unreasonable, you can file an appeal for the matter to be reviewed in a higher court. It is best for you to have an experienced Ventura County appellate litigation attorney handle the proceedings.

State and federal courts have avenues of appeal. The distinction between trial courts and the appellate court is the former resolves factual and legal disputes. In an appeal, a higher court reviews the decision of a lower court, generally the trial court or an administrative agency. Lawyers specializing in this practice can help you reverse or defend the lower court’s decision.

Also, it is best to note that not all issues can be appealed because there are standards of review governing if the case is accepted. If you are considering appealing your case but not sure where or how to start, we at Gusdorff Law can help. Call us at 818-877-4515 to speak to an experienced law professional and get a free evaluation of your case in Ventura County, California.

What is Appellate Law?

A trial is not always the end of a case. What if you are unsatisfied with the verdict believing it was unreasonable, and errors were made in reaching the judgment? That is why the law allows you to appeal the judge’s or jury’s decision. That is where you will consider evoking the appellate law, which will have a higher court review a lower court’s actions – be it during a trial or sentencing – the object is to determine whether mistakes were made.

Since your case was before a California court, it must be appealed to the California appellate court. And if the trial was in a U.S District Court, you can submit your appeal to the federal circuit courts of appeal. The team of judges in the appellate courts will defer to the trial court’s decisions or findings regarding factual issues as they examine if the correct statutes were applied when reaching the verdict.

And since appeals are submitted to a higher court, we shall be ready will take the matter to the California supreme court if we are dissatisfied with the appellate court’s ruling.

How Is an Appellate Lawyer Different From a Trial Lawyer?

Trial attorneys are at the first level of the judicial system. They represent the petitioner and respondent in civil cases. The lawyer conducts investigations into the case and manages the pretrial issues, including depositions, interrogatories, production requests, and court hearings prior to the case.

Often, the attorney will not object to settling the case outside the court but will take the matter to trial if a settlement cannot be reached. During the court hearings, the trial lawyer makes opening statements, submits evidence, examines/cross-examines witnesses, and makes closing arguments before the judge and jury to pass their verdict.

The plaintiff or defendant can appeal the court’s decision if they feel it is undue or not satisfactory. It will require working closely with an appellate lawyer who will present the matter before a higher court. Things are handled differently compared to the trial court. The appellate judges will not allow new evidence or new witness testimonies.

Instead, appeals rely on the written record of the lower court. In order to successfully appeal a case, an appellate lawyer must show that the lower court made errors of law. This process involves submitting a written brief to the appellate court and sometimes making oral arguments.

While the law allows you to file an appeal if you are not satisfied with your case verdict, the appellate court does not have to grant your request.

For a case to be appealed, it must meet three requirements. First, the party that is appealing the decision must have the right to appeal. Second, there must be grounds for appeal. Lastly, the appeal must be filed before the deadline to appeal has passed.

You have the right to appeal if you are an “aggrieved party.” This means that the lower court’s decision negatively impacted your interests or rights. In a civil case, both parties can appeal a judgment. In a criminal case, only the defendant has the right to appeal.

To have cause for appeal, a legal mistake must have been made during the trial or judgment. Examples of grounds for appeal that an appellate judge might consider include: 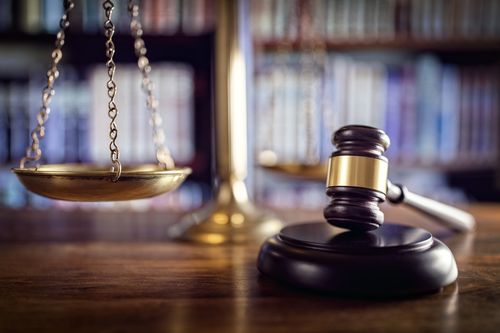 At Gusdorff Law, we specialize in state and federal appellate litigation. We are committed to helping those can wish to appeal their trial’s outcomes. We provide a fresh perspective on the matter as we exploit our extensive knowledge on handling writs and appeals. We know from experience that no two cases are the same. That is why our approach to each case is uniquely tailored to fight the client’s needs. Some of the issues that we handle include:

Briefs establish legal arguments that explain why the appellate court should review and reverse the lower court’s verdict. We’ll create detailed briefs that effectively guide the appellate court through your trial case, explaining the errors that were made during the trial.

While it’s not possible to appeal a trial court decision until after a judgment has been entered, it may be possible to file a writ of petition. Writs are similar to appeals, but they typically make an argument that can be presented in a standard appeal. Writ petitions must be filed quickly, but they can also bring fast results. If we believe that a writ of petition is the best strategy for your case, we can handle your petition.

Oral arguments will help explain the arguments made in the brief we presented to the appellate judges. They are not also part of an appeal but can strengthen your case.

Once the appeal court has made a decision, it’s possible to request that the case be reviewed by a higher court. This is known as a petition for review. If the facts of the appeal’s court decision are being challenged, it may also be necessary to file a petition for rehearing. If this motion is necessary, we’ll ensure that it’s filed as quickly as possible.

Motions are documents that request the court to issue orders. Examples of pretrial motions include a motion to dismiss or a motion block evidence or a witness.

In addition to filing motions before a trial begins, Gusdorff Law can handle motions through a trial. In some cases, we may also be able to challenge the ruling in a post-trial motion before the case is appealed. Some examples include a motion to vacate the court’s decision or a motion for a new trial. If you’re in need of post-judgment assistance, reach out to our firm as soon as you can.

Resolving a case through the courts isn’t always the best option. Both trial and appellate courts can be difficult to predict. Trials and appeals can take a long time to resolve, and costs can be very high. Because of this, settling a case outside the court through mediation is an option worth pursuing. If you are interested in mediation, Gusdorff Law can provide you with guidance and representation.

Opposition to Motions for Summary Judgement

Another way to resolve a case before trial is through a Motion for Summary Judgement. This motion requests that the court issue a judgment stating that there are no material factual disputes in the case. This allows the court to decide the case as a matter of law. We can help you to oppose a motion for summary judgment.

Gusdorff Law handles both California and federal appeals. Our firm has extensive experience with appellate litigation and takes on many types of appeals, such as:

If you believe that the judgment handed down in your case is unreasonable, you can file an appeal for the matter to be reviewed in a higher court. It is best for you or your lawyer to consider letting an experienced appellate litigator handle the proceedings. Some attorneys can manage the trial and appellate litigation, but the latter is often considered a specialty.

In an appeal, a higher court reviews the decision of a lower court, generally the trial court or an administrative agency. Lawyers specializing in this practice handle the process of appealing the lower court’s decision. Also, note that not all issues can be appealed because appeal review standards govern if the case is accepted.

If you are considering appealing your case but not sure where or how to start, we at Gusdorff Law can help. Call us at 818-877-4515 to speak to an experienced law professional that will take you through all you need to know about Ventura County appellate litigation.