Navigating the legal waters surrounding premises liability cases can be difficult even for experienced attorneys. Unfortunately, you may still reach a point where the court decide on a ruling that you do not agree with. The good news is that you have the right to challenge that ruling and may have it reversed if certain conditions are met. To get the best results, you need to work with an experienced Riverside premises liability appellate lawyer.

The transition to the appeals process will involve an entirely new set of laws and procedures. Just like it’s best to work with a specialized attorney during the original case it’s also best to work with an attorney who specializes in appellate litigation during the appeal. Appellate attorneys have an in-depth understanding of the California court systems, the various stages of appeal, and the arguments that need to be made to adjust a court ruling.

Janet Gusdorff has been handling premises liability appeals in California since 2006. She provides her clients with a strong advantage in the Court of Appeals. The Gusdorff Law firm may be able to help you reverse a Superior Court ruling or ensure that you are provided with a new trial under more favorable circumstances.

Not every ruling has the potential to be overturned in the Court of Appeals. However, it’s always a good idea to discuss the possibility with an appellate law firm if you believe there was an error in the case. Call the office of Gusdorff Law at 818-877-4515 to discuss whether an appeal is in your best interest.

Can I File an Appeal for My Premises Liability Verdict?

Absolutely. The appeals process for premises liability claims is different than the appeals process for a criminal trial. Only the defendant has the right to appeal a ruling in a criminal case. In California premises liability cases and other personal injury claims, the defendant and the plaintiff both have the right to appeal a ruling. If you are a plaintiff who was denied compensation, you have the right to challenge the ruling via the appellate court system.

You should immediately begin discussing options for appealing after receiving the Notice of Entry of judgment from the court clerk. California law only allows for a period of 60 days following this notice during which you can begin the appeals process.

What Are Some of the Reasons That I Can File an Appeal?

An appeal should not be considered a “second trial,” though the appeal may lead to the case entering the lower courts for a second time. The Court of Appeals analyzes the records from the trial to determine if certain legal mistakes led to an improper ruling. Therefore, you should only appeal a decision if these mistakes can be identified by your legal team.

There are several reasons why a ruling may be appealed and ultimately overturned. Examples include:

The most common arguments for appeals involve mistakes in the trial process by the Superior Court or errors in the interpretation of the laws by the ruling judge. It’s not enough that mistakes were made during the trial or by the judge. It must be shown that these mistakes are what led to the unfavorable ruling. If a judge makes an error when interpreting law but that mistake does not ultimately influence the ruling, then it is not considered viable grounds for an appeal.

The Superior Courts may also come to an incorrect ruling due to certain omissions. For example, if the judge denied the presentation of evidence that should have been allowed and may have influenced the ruling. Likewise, they may have denied the testimony of an expert witness by claiming they are not an expert on the subject. If their assessment of the expert witness was incorrect, then you have a reason to appeal the verdict. 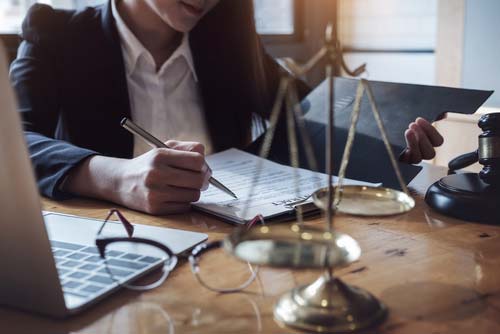 Reasons for appealing do not always involve the judge. The jury plays an important role in many premises liability cases. You may have reason to appeal the ruling if you discover evidence of jury misconduct. This often involves discussing specifics of the case with people who were not jury members, such as friends and family.

It may also be true that the juror conducted a personal investigation or that they reached a biased conclusion with other jurors before all of the evidence was presented. These are both strong reasons for an appeal.

What Should I Expect During the Appeal Process?

Not much is expected from the plaintiff or defendant who is appealing a ruling. The Court of Appeals includes three judges and their primary source of information will be the written record of the trial. They do not review new evidence for the case and they will not require your testimony.

The party who is appealing a ruling is known as the appellant or petitioner and the opposing party is the appellee or respondent. These lawyers for these two parties will submit written briefs that argue their positions. The final decision of the Court of Appeals is based mostly on the court records and these written arguments. However, the two parties may also present oral arguments before the Court of Appeals if they choose.

Why Should I Hire Gusdorff Law to File My Premises Liability Appeal?

To ensure the best possible outcome from your appeals process you need to work with an appellate attorney who specializes in premises liability law in the local area. Gusdorff Law is a leading appellate law firm with a long history in the area. We have extensive experience representing Riverside clients in the Court of Appeals. We build credibility for their clients in the courts while exposing faulty judicial practices that lead to faulty case rulings.

In an ideal scenario, your case would be settled for a favorable amount and you would never need to argue in the California Superior Courts. Unfortunately, major insurance companies are always hesitant to hand over large settlements even when the law is against them.

If you’ve found yourself on the losing side of a premises liability lawsuit, then you have a very short window of opportunity to appeal the ruling and fight again for the compensation you deserve. Take a moment to call Gusdorff Law at 818-877-4515 to determine if your case has reasonable grounds for an appeal.